Trucking companies of all sizes are experiencing great difficulty in securing truck/liability insurance and what they are able to secure is much more expensive for less coverage. Many trucking companies have reported they are one “nuclear verdict” from shutting their doors.  The current environment has been created by a tremendous increase in nuclear verdicts (anything over $10 million) against trucking companies, in many instances when the truck is not even at fault.  While the ideal solution would be legislation at the Federal level, there has been NO SUCCESS in passing federal legislation to curb the lawsuit abuse that is so prevalent in our country. Because of that the States are being forced to move forward w/legislation.  In 2019, Iowa’s trucking industry made tort reform (Lawsuit abuse) a top priority and in 2020, the phantom damages legislation was passed. This year we are pursuing more legislation to restore fairness and common sense into the process.

HF 772 is specific to commercial motor vehicles and has three sections:

Section 1:  Liability for Employee Negligence “McHaffie Rule”
20 state codes follow the McHaffie Rule which bars direction action claims against employers based on theories of negligent hiring, training, supervision, and entrustment if an employer admits their employee was acting in the course and scope of their employment at the time of an accident.  This reform will streamline and focus the trial process while preventing trial attorneys to transform car accident lawsuits into unfair expansions of liability based on completely unrelated matters.

Section 2:  Cap on Non-Economic Damages in Commercial Motor Vehicle Accidents
Places a $1 million cap on damages recoverable for non-economic damages (pain, suffering & mental anguish). Each plaintiff involved in a commercial motor vehicle accident could be awarded up to $1 million for their non-economic damages.  This legislation requires the injured party to be awarded 100% of their economic damages and there is no cap on punitive damages, the truly egregious defendant may be punished financially as high as the jury may determine. The non-economic damages are what is driving up so many of these nuclear verdicts so that is why we are addressing them specifically.

Section 3:  Punitive Damage Pleading Procedure
Prevents trial lawyers from initially filing claims of punitive damages until discovery reveals substantial evident exists to support the claim being awarded. Under current Iowa law, trial lawyers can request punitive damages in the initial petition, regardless of whether any proof exists. A mere allegation should not form the basis for broad discovery all in an effort to paint the defendant as a bad actor.

Click on the images below for infographics specific to how lawsuit abuse impacts Iowa's trucking industry. 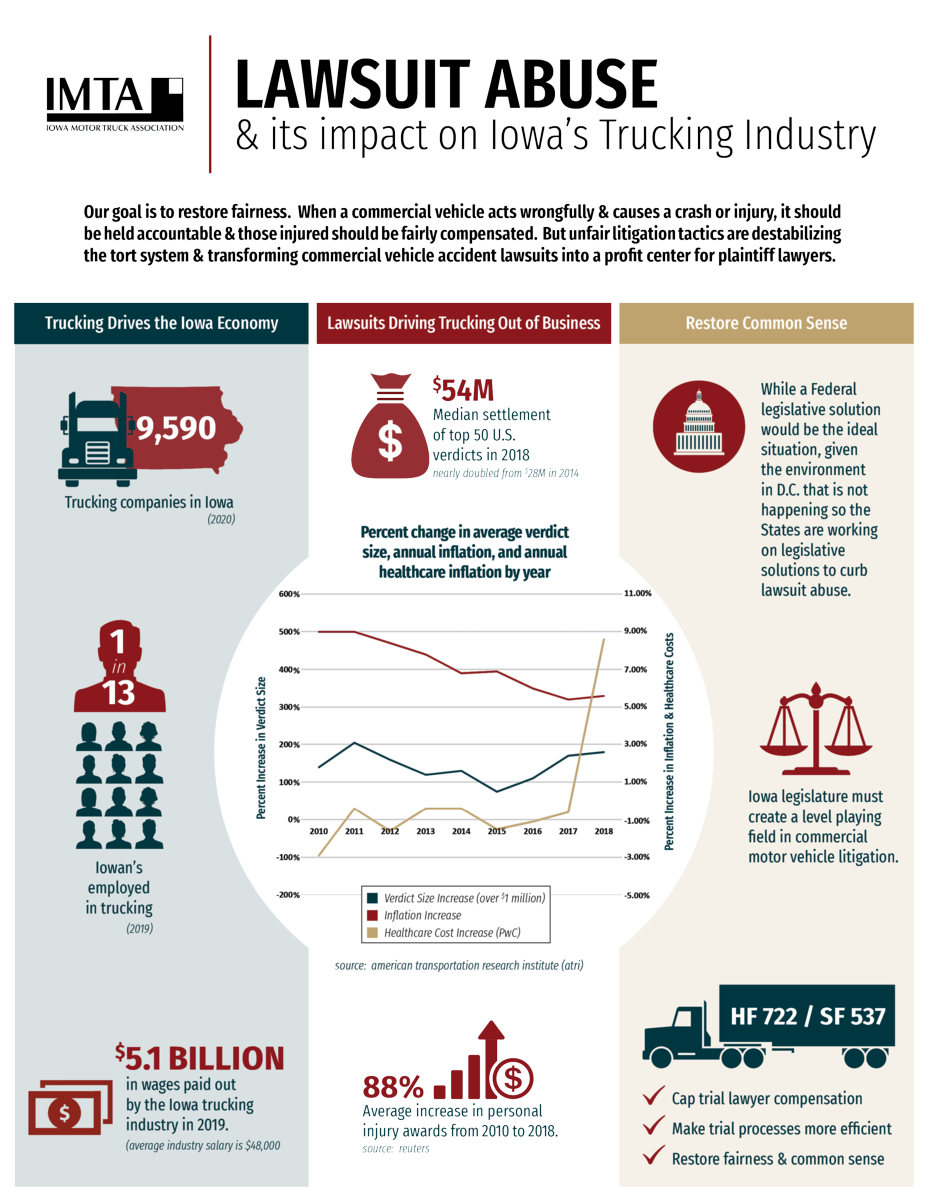 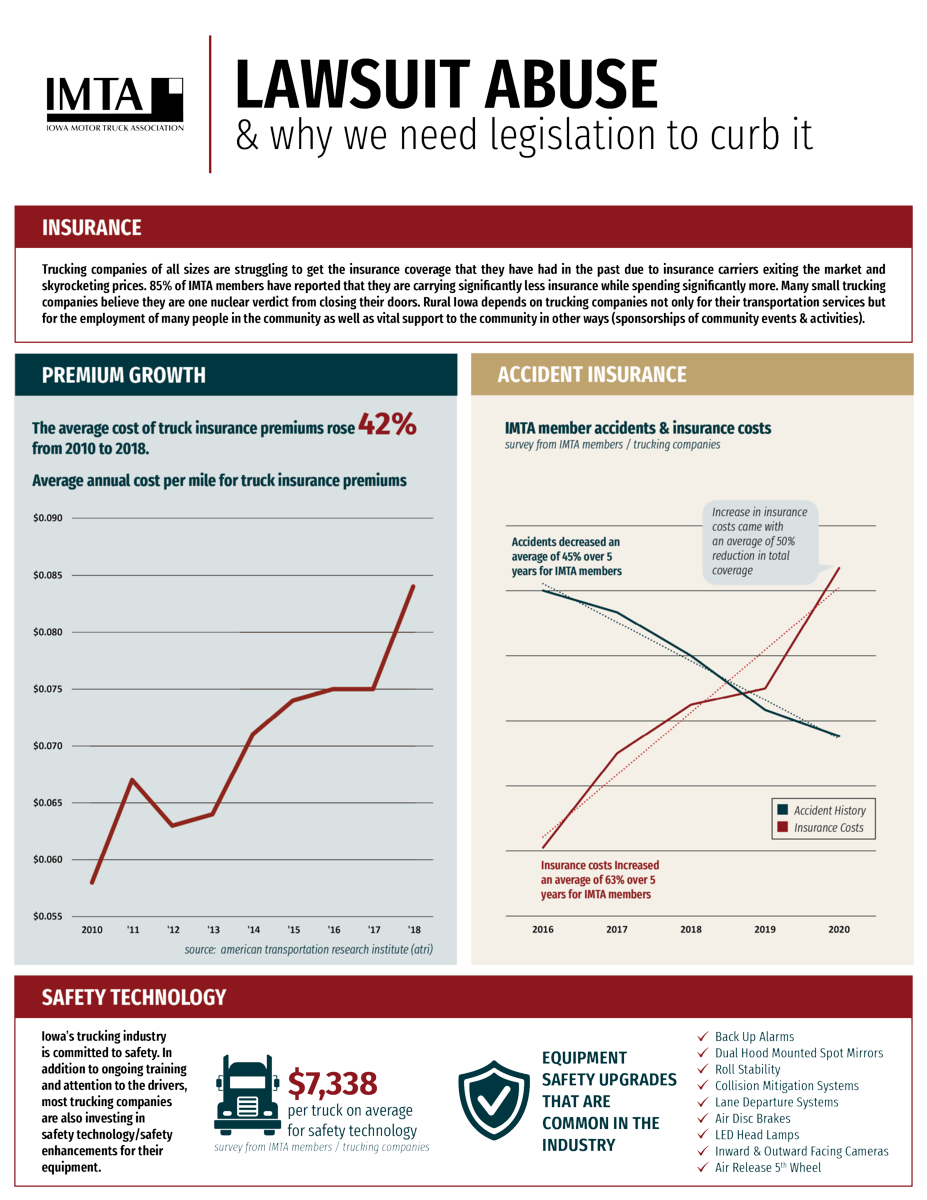